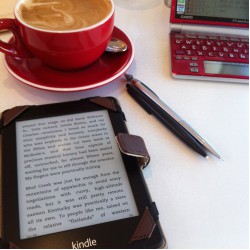 If wishes were horses... 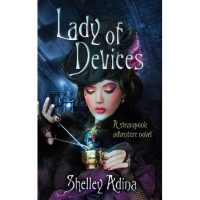 Coming from a life of privilege, little is expected of Claire except that she marry well and be a good wife. But her greatest desire is to attend college and become an engineer. Then after a failed business venture her father commits suicide, she loses her life of privilege and finds herself on the street. She must rely on her wit and her education to survive and make something of herself.

Lady of Devices occasionally felt a bit like a video game, with Claire acquiring skills and then moving on to the next level. But that's not a criticism, it worked well for the story. If I have a criticism it's that the book is too short. After just reading A Discovery of Witches which was interminably long, I'm going to go the other way with this one and say I wish there were 150 more pages.